Hyderabad is an important economic hub of India. The major growth in Hyderabad is due to the investment done and growth achieved in poultry farming, automobile industry, apparel and textile industry, and drugs and pharmaceuticals. Information Technology in Hyderabad has flourished making it a major IT city in India. 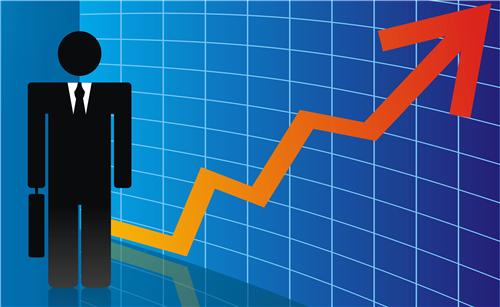 Hyderabad is the economic and financial capital of the state contributing the majority in revenue generation, gross domestic product, and taxes. Growing in diversified areas and economically the city holds a major position in the country. This increased the small business opportunities in Hyderabad. Infrastructure growth of the city has made it stand out of the crowd by making in number 1 by having the tallest building of APIIC Tower in India.

Majority of the special economic zones lies in the city of Hyderabad and its suburb. Almost all government-public organizations are established in the city like BHEL, NMDC, HMT, BEL, IDPL, ECIL, DRDO and HAL.

The reason of Hyderabad's economic growth are the utilization of intellectual talent by the companies that houses in the city and local market. As most of the foreign countries are targeting Asia-India because of availability of cheap labour, healthy work environment, government-labour standards, investment-friendly, etc. Hyderabad is said to be the future shipment hub between the US, Europe and Asia.

The city was once a major trade center and so is known as Pearl-city of India. After the introduction of railway lines in the city, it established connection between all major cities of India. The retail sector has seen a good growth allowing them to step outside the state and establishing themselves at national and international levels. The famous trade products of the city include bangles, silver, cotton, silk, handicraft, artefacts, etc.

The city is also known for the investment done in the region of pharmaceutical and electronic industry. Other sectors that resides in the city and contributes in the economic growth of the city are Biotech, Insurance, Financial institutions, trade, commerce, transport, storage, communication, real-estate and retail.

Hyderabad is also known as “Genome capital of India” as it is a hub of pharmaceutical and biotechnology sector. The city is list amongst the 5 highest grown cities of Indian in the real-estate sector. The city has achieved success in diversified sectors creating an investment opportunity in all the sectors in Hyderabad.

The city houses more than 1300+ IT firms. Investment of about Rs.2.19L billion for the development of Information Technology sector in Hyderabad has been approved by the government. This will generate more than 15lakh job opportunities. The areas in which investment has been planned are Cyberabad Development Authority, Gachibowli, Madhapur, Hyderabad airport development authority, Mamidipalli, Raviryal, Adibatla and Maheswaram, Uppal and Pocharam.